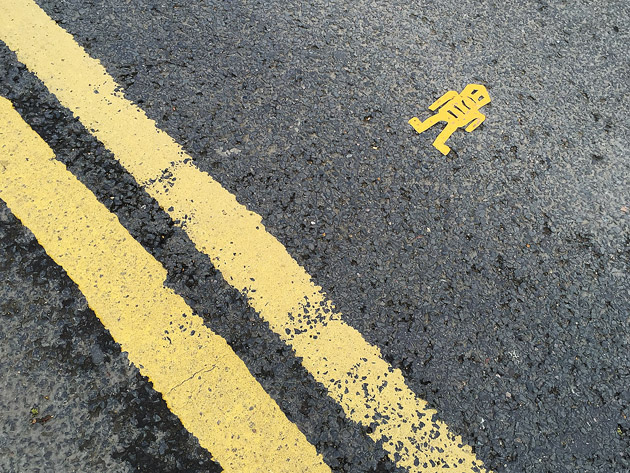 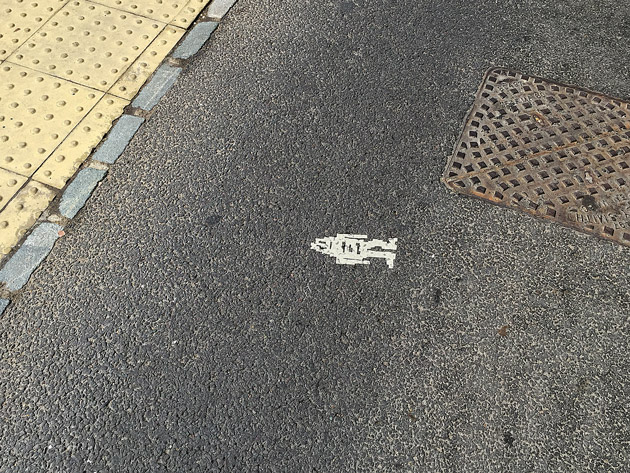 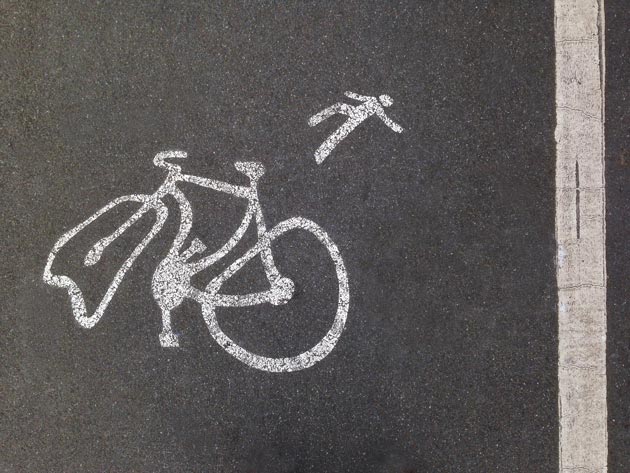 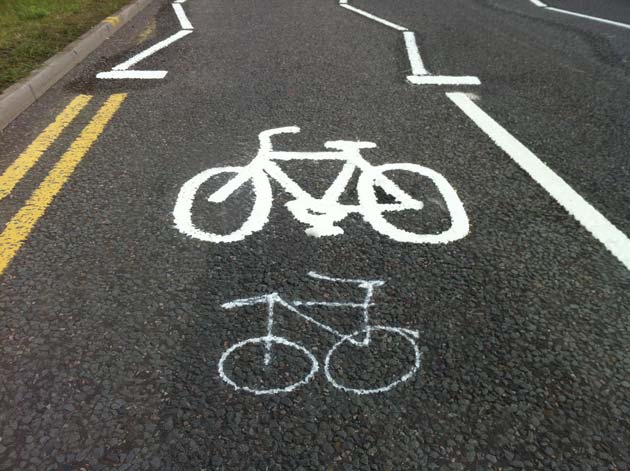 Bad signs – Homerton
More Olympic borders strangeness. Either there’s a poor quality clandestine icon copier at work or the rough position for the finished painted cycle has been badly missed. 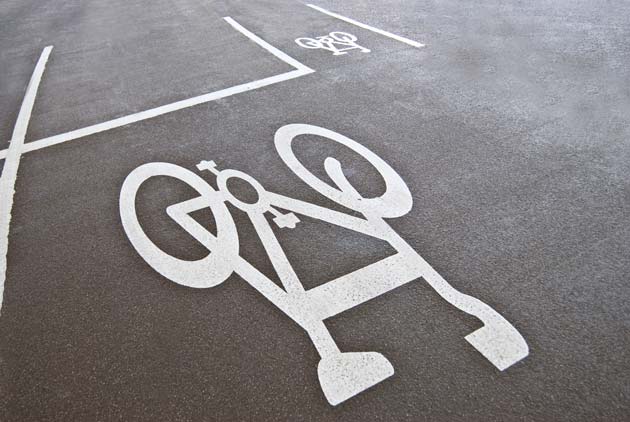 Bad signs – Leyton
The roads around the Olympic site are all being spruced up and this junction in E7 has picked up some very smart new cycle renderings. Loads of attention to detail but not quite sure why the big bike had to be, well, just so big? 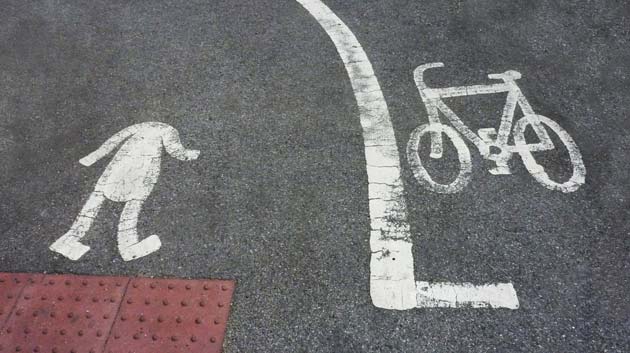 Bad signs – Leyton
A bit of a Cronenberg/Carpenter slasher one this. Small child loses head in freak cycle attack whilst very tall parent tries to prevent a secondary attack with one leg… 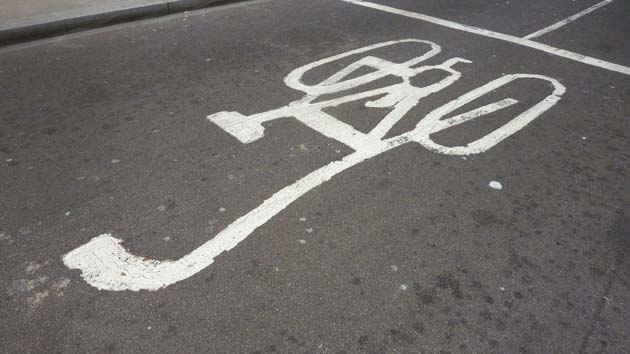 Bad signs – London Wall
A beauty! – a road signs painter with a Peter Fonda fixation we reckon. Handlebars like this were called ape-hangers a long time ago, but we think this is probably the finest homage to the best of road/bike movies from 1969. 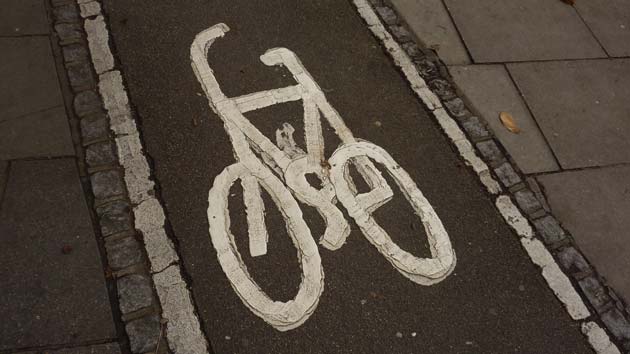 Bad signs – Euston Road
Saw this horror of a piece of bike signage – like the way the first really badly done example has been slavishly followed over the years with layers of more dross. The bike must have been caught between a couple of bendy-buses to have created that condensed frame. 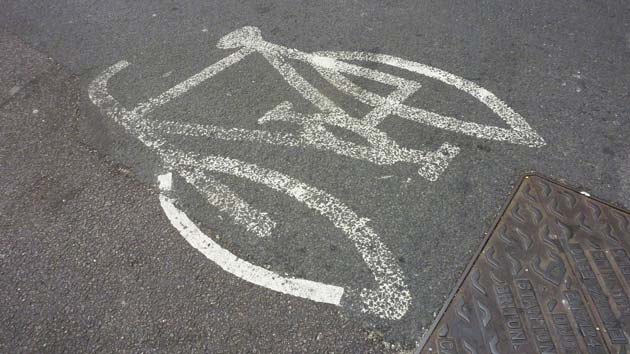 Bad signs – Leonard street
Gherkin wheels? Cigar wheels? Flying saucers? We reckon this road sign painter has got serious problems with painting a decent circle, so he or she, just doesn’t bother and paints an elipse instead.